I had grown up listening to my mother singing the best of Lata Mangeshkar’s hits. Not in any live concerts or popular stages but while she did her daily household chores. Maa narrated stories of how she had dreamt of becoming a world famous singer like Lata Mangeshkar. She dreamt of standing in a studio singing the tunes composed by R.D.Burman. “What if someday, Lata Mangeshkar would take me on as her protege too?” she said with so much hope and happiness in her eyes, still not given up despite being a housewife since 25 years.

My mother was like any other girl who had dreams of pursuing a singing career, but all thanks to the society that named it as just a ‘hobby’. She listened to the elders in her family and gave up on her dream, to pursue a lifelong thankless and unpaid career of being a housewife.

I still remember how me and my sister would be completing our homework in the evening, while Maa would be cooking dinner in the kitchen. She would start singing and her voice would be so mesmerizing enough for both of us to put our pens down and enjoy it for the next few minutes. Maa would sense the unusual silence and walk out of the kitchen and ask us to continue with our home work. This went on almost every day as we grew up.

Having said all this, Maa’s birthday was round the corner and it was the first one since I got my first job. So I really wanted to gift her something that would remain etched in her memory forever. After days of searching for ideas on Google, I came across OyeHappy. Finding their surprises to be really exciting, I dialed their number and spoke to one of the Happiness Consultant. I told them about Maa’s love for singing. And there it was, they suggested me to gift her a music recording session in a professional studio. I couldn’t control my happiness of finding the right gift for Maa.

On Maa’s birthday I told her she has a big surprise and convinced her to go out with me. As she sat in the car, I blindfolded Maa and drove. She kept guessing all our way, like a little girl guessing what could be inside her gift box on her birthday. We reached the studio, and I held Maa’s hand and led her into the studio, in front off the mic. As I removed her blindfold, Maa looked around trying to understand what was going on. It took her a few seconds to finally react and smile with all her excitement. I told her the stage was all hers for the next 1 hour and she could sing her favorite songs. She hugged me tight the next minute and kissed my forehead. And she started singing all of her favorite Lata Mangeshkar’s songs. I stood there watching Maa enter a different world of her own , as she sang the songs. 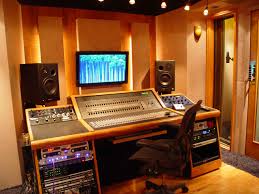 Finally as we walked out of the studio after the recording session, Maa smiled with tears in her eyes and said, ‘Did I sing like Lata Mangeshkar?’. I replied ‘You sang like a Rockstar, Maa!” . This has been the best birthday gift I could give Maa- her childhood dream.

Record songs of your own or Gift your mom a recording session in a professional studio as the best birthday surprise ever.